SPOILER WARNING: This post is mostly based on the movie, Wonder Woman, and it contains lots of spoilers.

Presenting Concern:
Hippolyta, Queen of the Amazons, sought therapy for her daughter, Princess Diana. She was concerned that Diana was disobeying her wishes. As an immortal goddess, she was unaccustomed to having her authority defied. Yet, she often caught Diana watching the Amazons’ warrior training and asking her aunt, Antiope, to begin secretly training her in the arts of war. Hippolyta’s goal in seeking therapy was to learn effective parenting strategies to protect her daughter from the harm she feared would befall her if she began training as a fighter. She also wanted Diana evaluated for oppositional defiant disorder.

History:
Diana reported that her mother wanted a child more than anything, so she made her out of clay.  Zeus then brought her to life. Hippolyta motioned to us that she wanted to speak to us without Diana. We brought Diana out to the waiting room and returned to speaking with Hippolyta, who explained that Diana was actually Zeus’ child and given to the Amazons to protect them from Ares, the god of war. Hippolyta explained that she did not tell Diana the real story because she feared it would put her in more danger.

Hippolyta’s love for Diana was so strong that she couldn’t fathom the possibility of Ares taking her away. She said she would never recover from that kind of pain. She believed that sheltering Diana would keep her safe.

Assessment & Diagnostic Impressions
After interviewing Hippolyta alone, it became clear that Diana did not have oppositional defiant disorder. Her behavior was not causing her any distress, impairment, and was typical for her age. To the contrary, she was already highly educated (though her behavior did appear to lead to some of her teachers resigning) and fluent in numerous languages, and full of energy, bravery, and kindness. It was our impression that Hippolyta was a loving, concerned mother acting out of protection for her child and her fear of losing her.

Treatment Recommendations:
Hippolyta’s worries were founded in the reality of her situation and Diana’s destiny. We did not find that she or Diana met diagnostic criteria for any clinically significant mental health problems. However, we offered Hippolyta support with her concerns. In addition, we recommended strategies for increasing openness and reducing secrecy between she and Diana (e.g., by displaying acceptance and listening, even if her impulse was to shut down any conversations about warrior training). We provided feedback that it was evident that their mother-daughter bond had a strong foundation. They enjoyed many activities together (Diana listed bedtime stories and exploring the island as personal favorites). We encouraged Hippolyta to continue building on that relationship and that therapy was available if she wanted extra support as she navigated the healthy balance of protecting her daughter while accepting her autonomy.

Name: Princess Diana of Themiscyra (via Hippolyta)
Age: 20s-ish
Occupation: It is her sacred duty to defend the world.
Therapists: The Jedi Counsel again 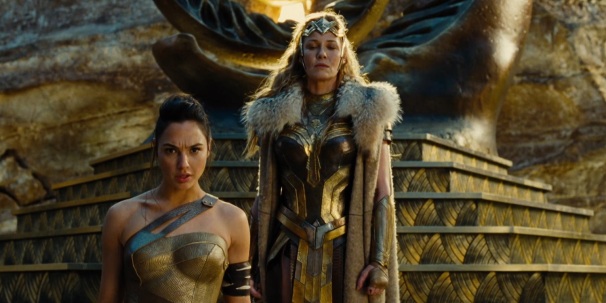 Presenting Concern:
Hippolyta returned to us to ask for guidance with Diana. A pilot’s plane crash-landed into the ocean near Themiscyra, and Diana saved his life. The pilot, Steve Trevor, explained that he was a soldier in the fight to end “the war to end all wars.” Diana told her mom that she wished to leave the island with Steve and stop the war by killing Ares and his poisonous influence on man.

History:
Hippolyta explained that, since our last appointment, she had decided to allow Diana to begin openly training with Antiope in the arts of war (rather than continuing to push her to secrecy). Hippolyta continued to protect her child, but recognized the limits of her control. She decided to prioritize trust and a close relationship by supporting Diana’s independence at a developmentally-appropriate level. Hippolyta found that talking through concerns with her sister, Antiope, helped her to clarify the line between being overprotective and protective. As a result, her relationship with her daughter had grown stronger than ever….which is why Hippolyta felt so distressed at the thought of Diana leaving Paradise Island to fight with Steve (though Hippolyta did note that he seemed like an egalitarian, intelligent man pursuing a noble mission well-suited for Diana’s abilities).

Session Notes:
Hippolyta came to us with her own wisdom about how to best handle the difficult situation. She knew that she could not control Diana, who had already decided to join Steve and help all those suffering due to the war. She recognized that her choice was to try to stop Diana, which would ultimately be unsuccessful, or to support her and have an opportunity to say good-bye. We listened to Hippolyta as she processed her feelings and thoughts about the situation and came to her own conclusion about the right decision for her family and herself.

Follow-Up:
Hippolyta reported that she was able to say good-bye to Diana, “You have been my greatest love. Today, you are my greatest sorrow.” She knew she had taken the right course of action and was grateful for the time she had with her child. We told Hippolyta that she was welcome to come back and meet with us if she wanted any support from us as she dealt with her separation from Diana. We encouraged her to seek support from others, to take good care of herself, and to feel pride in the wonderful daughter she raised with love, empathy, a commitment to peace, education, understanding, and undeniably badass warrior skills.

Presenting Concern:
Diana’s friend, Etta Candy, referred her to meet with us to discuss her transition from Princess of Paradise Island to Superhero in Man’s World and the recent loss of the person she was in love with, Steve Trevor. Etta felt that her friend might benefit from speaking to professionals while coping with these drastic changes and significant stressors.

Session Notes:
Diana presented as open and willing to meet with us. She became tearful as she described losing Steve, but said that their love remained powerful. She recognized that his death meant preventing others’ suffering and that it was his way of doing his part to defend the world. She would remember him fondly and draw inspiration from the honor he exhibited. It was that type of goodness that helped her to cope with the realization that humans could sometimes do terrible, evil acts, even when they were not directly under the influence of Ares.

She described missing her mother, loved ones, and the beauty of Themiscyra. However, Diana said that she had made the right decision to leave and fulfill her sacred duty. She would not have felt okay with herself if she didn’t try to stop the war. Having recently learned that she was a goddess, Diana also contemplated what it would mean to be immortal while those around her age and die. Fortunately, in the context of her strong relationship with her mother, they had many discussions about how Hippolyta had coped with the blessings and curses of immortality. Diana felt she could draw on her mother’s wisdom as she navigated the associated privileges and pains.

Diana expressed frustration and bewilderment at the societal status of women and people of color in Man’s World. From clothes that constrain optimal battle movement to expectations to be in subordinate positions to rules about women not speaking up or being in leadership positions, Diana said she intended to fight alongside all those with a mission of equality until it was achieved. She also expressed zero intent to conform to unjust societal norms that would have her reduce her strength, powers, or peace efforts. That alone would empower countless people to follow her lead and embrace their true selves. Amazons wore their bracelets as a reminder of their past subjugation, and as a symbol to resist any return to that state. Diana also wore them to connect her to her home and Themiscyran values (they handily deflect bullets and wield energy too).

In conclusion, Diana did not feel she needed ongoing therapy to cope with her various concerns at the time. However, after having a positive experience with therapy at an earlier age, she said that she would not hesitate to return for help as-needed and left us with the wisdom that “only love could truly save the world.”

Follow-Up:
100 years later, Wonder Woman was working at the Louvre, saving people from suffering, and teaming up with Batman and Superman to defeat evil. She remains a symbol of courage, knowledge, acceptance, justice, compassion, and overall awesomeness. We look forward to seeing more of her when she teams up with the Justice League in November! 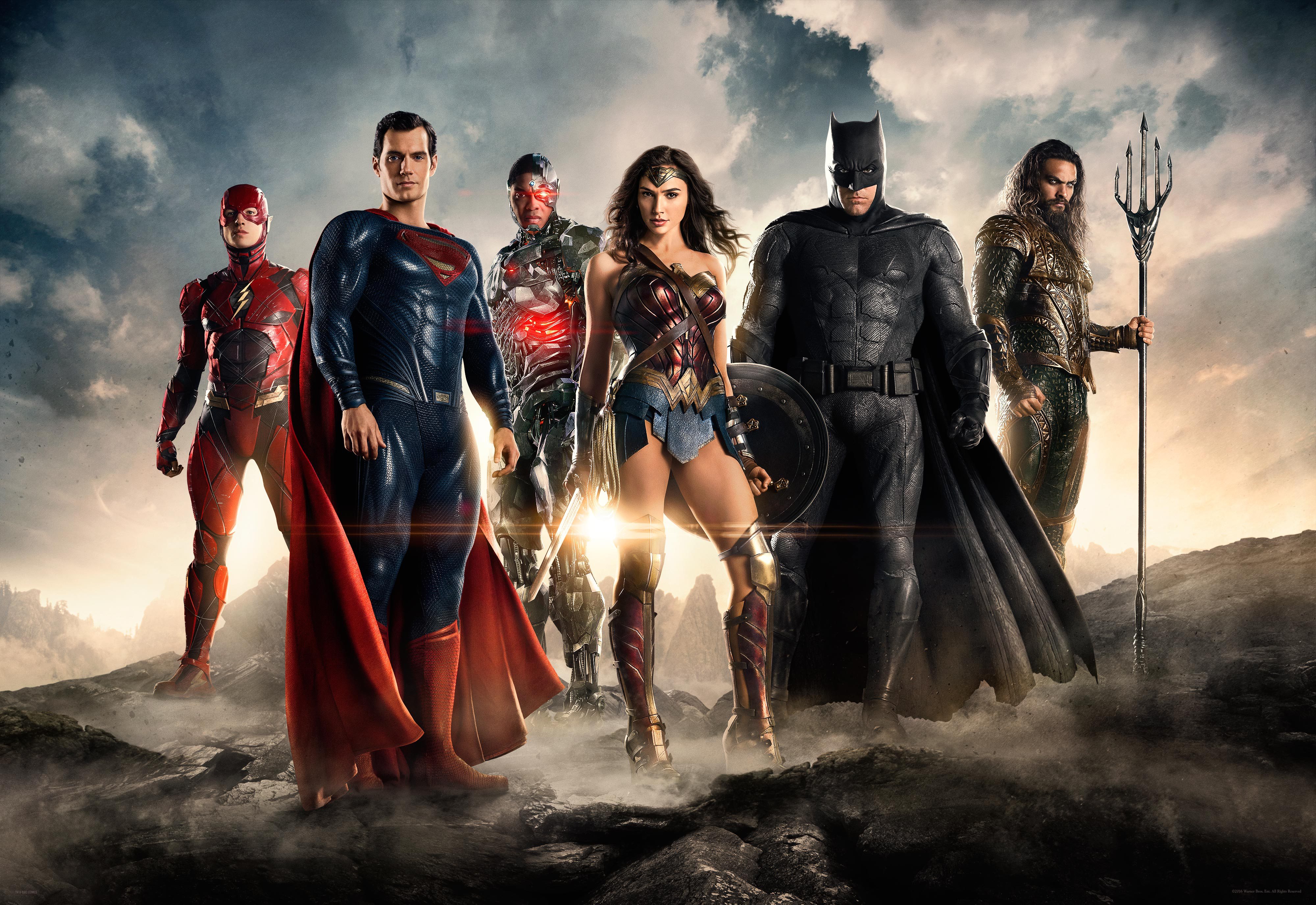 Was the portrayal of mental health accurate?
Wonder Woman and Hippolyta were not portrayed as exhibiting mental health issues. Despite the fictional world the characters were set in, the authenticity of their relationship and related issues was moving and made it relatable to nonfictional people too.

Was the character struggling with mental health issues depicted with compassion?
Wonder Woman is the epitome of compassion. You see it throughout the movie as a primary motivation for her actions, and that is one of many things that makes Wonder Woman so incredibly special and inspirational. Hippolyta is also portrayed in a way that elicits compassion.

Overall Rating: On a scale of Ares, god of war to Athena, goddess of wisdom, we Aphrodite, goddess of LOVED this movie!

So many thanks to the creator of Wonder Woman, psychologist William Moulton Marston!

Check out our podcast episode on our initial reactions to the movie here!

One thought on “The Psychology of Wonder Woman & Hippolyta”

This site uses Akismet to reduce spam. Learn how your comment data is processed.